Will you be the next CPP blog coordinator? 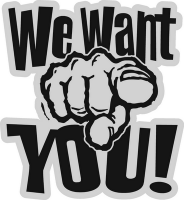 Are you a fan of the Community Psychology Practice blog? Do you enjoy blogging or want to learn more about it? Are you interested in connecting with other community psychology practitioners? If your answers are yes, you may be just the person we're looking for!

The Community Psychology Practice blog is looking for a new volunteer  blog coordinator. As coordinator, you are not expected to write all of the blog posts, though you are welcome to be a writer as well. Here is what you will do as "coordinator":


Here is what we're looking for in a blog coordinator:
You do NOT have to have experience in social media, or be a writer, in order to do this! There are a few of us who have been involved with this blog for the last few years, and we're happy to act as advisors, and help you to recruit new writers.

If you think you may be the right person for this role, lease email compsychpractice@gmail.com with some information about you and why you're interested in doing this. Also please feel free to ask any questions, and do pass this along to anyone you think may be a good candidate for this!
Posted by Community Psychology Practice Council at 1:35 PM No comments:

Psychology for a Better World

Sure, the social sciences have finally been recognized as a means to help win political campaigns. But have they been truly appreciated for their potential to build a healthier, happier, more sustainable world?

Psychology for a Better World: Strategies for Sustainability  draws from academic disciplines including community psychology and positive psychology, and is (as they put it) "jam packed with action strategies." The Global Journal of Community Psychology Practice (GJCPP) has a full review of the book which includes chapters such as " Positive emotions and flow: Encouraging creativity and commitment," "Morality and cooperation: Making the most of our desire to be good," and "A self-help guide for sustainability advocates."

Hard copies of the book are available to order from their site for $15, and Kindle copies can be purchased from Amazon for only $2.99. The authors also offer a free PDF download of the book from their website. That's truly in the spirit of building a better world.

Posted by Community Psychology Practice Council at 3:25 PM No comments:

Community Organizing and the 2012 Elections

Before November 6th, one of the big stories of the 2012 U.S. election season was the potential influence of millionaire-funded Super PACs. The unrestricted influx of money from wealthy individuals and corporate donors to supposedly independent political action committees seemed like the big X factor in this election. Yet, while money certainly played an undeniable role in this election, there was another crucial factor whose importance was barely mentioned until Tuesday night: community organizing.

Of course, political pundits didn't actually call it community organizing, they called it Obama's "ground game." But the fact is that the Obama campaigns approach, which at times entailed reaching out to barbershops and churches throughout battleground states, clearly hearkens back to his early days as a community organizer. The success of the "ground game" was as undeniable as it was unexpected, at least by the opposing political party. Projections that showed Obama losing typically assumed that the Democratic base would be less motivated to turn out in 2012, and counted especially on the false assumption that the large turnout among minority voters in 2008 was just a one-time occurrence.

Yet the results showed just the opposite: the number of African-American voters in the hotly contested state of Ohio actually increased, making up 15% of the voting electorate in 2012 vs. 11% in 2008. Though the effects of big money and TV ads could not be denied, it may have been one party's superior ability to reach out at the community level that proved decisive in this election. This is good news for community psychology practitioners. And if this ability to effectively mobilize communities to take action for the common good can continue beyond the election season, it's even better news for the country.
Posted by Community Psychology Practice Council at 1:12 AM No comments: